Aida (33) is a struggling actress from a provincial background. She finds herself on the streets of Cairo along with her neighbour Samiha (70), a reclusive bourgeois. With no money and nowhere to go, the two women, aided by Yassin (20), a street-savvy youth, embark on a journey to find shelter. Amid the banal and at times disastrous turns their journey takes, they move along parallel journeys of self-discovery. An extraordinary friendship grows among the unlikely trio; a friendship comparable to a delicate flower blooming from a thorny cactus. 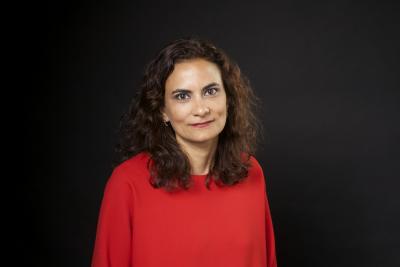 Hala Elkoussy is a visual artist who works across a variety of media: photography, video, installation, sculpture. Elkoussy has produced a number of short films that were screened in exhibitions  and film festivals around the world. Her artwork features in the collections of Tate Modern and Stedelijk Museum among others. Cactus Flower, her first feature film, premiered in International Film Festival Rotterdam. It received the Best Actress Award at the Dubai International Film Festival and is set for cinematic release in 2018.