Alone and far from home, The Kid makes his way through a strange city looking for the means to get through his day. Surrounded by predators he is forced to make compromises merely to survive, his life of exile grows one day longer. 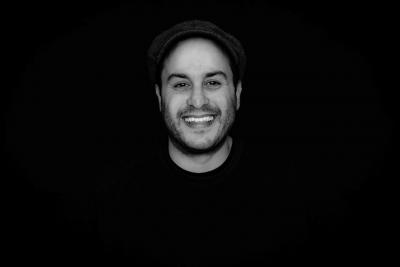 Biography
Mahdi Fleifel is a Danish-Palestinian film director who graduated in 2009 from the UK National Film & TV School. In 2010 he set up the London-based production company Nakba FilmWorks with Irish

producer Patrick Campbell. His debut feature, A World Not Ours (2012), premiered at the Toronto International Film Festival and picked up over 30 awards, including the Peace Film Prize and the Panorama Audience Award at the 2013 Berlinale and the Edinburgh, Yamagata and DOC:NYC Grand Jury Prizes. In 2016 he won the Silver Bear at the Berlinale with A Man Returned. His recent film, A Drowning Man, was selected for the official competition at the 2017 Cannes Film Festival.