Imagine that you are pregnant. You are in your ninth month. You feel an intense pain. You faint. When you wake up, you are at the hospital, surrounded by police officers. They accuse you of having killed your own baby. This is the story of Teodora Vásquez, the spokesperson of “The Seventeen”, the women accused of aggravated homicide in El Salvador because of having a miscarriage or a stillbirth. Fly So Far follows Teodora and The Seventeen in their struggle to regain their freedom. Due to the criminalization of abortion, they have been sentenced to up to 30 years in prison for having an obstetric emergency. Their testimonies and cases are evidence of the State’s violence against women, but also of collective resilience, solidarity and sisterhood. 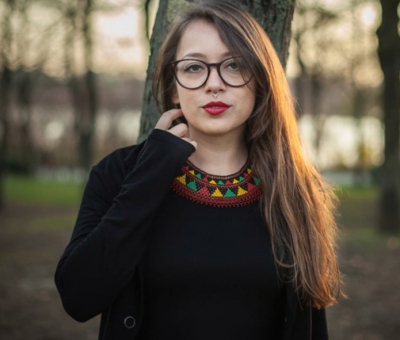 Celina Escher is a Swiss-Salvadorean filmmaker. She studied documentary film at the International Film and Television School in San Antonio de los Baños (EICTV) in Cuba. In 2016, her short film, Motriz, was part of the student selection at IDFA and at Poitiers Film Festival 2017. Her film Verde Olivo was shown at the Film des Femmes Créteil in France and also in festivals in San Francisco, England, and Germany. In 2018, Celina’s short film Luz para Ellas was screened at the International Festival of New Latin American Cinema in La Habana and the Vancouver Latin American Film Festival. In March 2019, Celina was selected as one of the 50 new Latin American filmmakers at Talent Campus of Guadalajara International Film Festival in Mexico. Fly So Far is Celina’s first documentary feature film.