Synopsis
Cairo, January 25, 2013: An explosion of sexual assaults takes place in Tahrir Square on the second anniversary of the revolution. In response, a massive outpouring of enraged women fill the streets. Director Samaher Alqadi picks up her camera as a form of protection and begins documenting the growing women's rebellion, not knowing where the story will lead her. When Samaher becomes pregnant during filming, she starts to re-examine the constructs of her own childhood in Palestine and what it means to be a woman and a mother in the Middle East. She begins an imaginary conversation with her mother, who died before Samaher could see her one last time. She begins to form the words left unsaid and shares her deepest secrets in an intimate inner voice that guides us through the story. She goes on a traumatic visit back to her parent’s house in Ramallah, where she is confronted with the dark memories of a childhood she managed to escape. Meanwhile, the struggle in Egypt continues and, even after the birth of her son, Samaher still finds herself on the frontline. 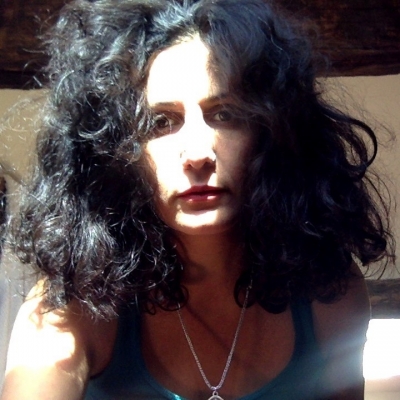 The Palestinian filmmaker and screenwriter was born one of nine children and grew up in the Jalazone refugee camp near Ramallah in the occupied West Bank. She first worked for the Palestinian Ministry of Culture before being accepted into the Egyptian Higher Institute of Cinema in Cairo. An emerging voice in Arabic documentary, her films focus on the evolving status of women and dissident artists in the Middle East. As I Want is her first feature-length documentary