Synopsis
Stéphane has recently joined the Anti-Crime Brigade in Montfermeil; the Paris suburbs where Victor Hugo had set his 1862 famed novel. Alongside his new colleagues Chris and Gwada – both experienced members of the team – Stéphane quickly discovers tensions running high between neighborhood gangs. When the trio find themselves overrun during the course of an arrest, a drone captures their every movement, their every action. More than 150 years after Hugo’s novel and inspired by the 2005 Paris riots, LES MISÉRABLES elucidates the tensions between neighborhood residents and police, and the similarities between today’s angry, hoodie-wearing youth and Gavroche are only too clear. 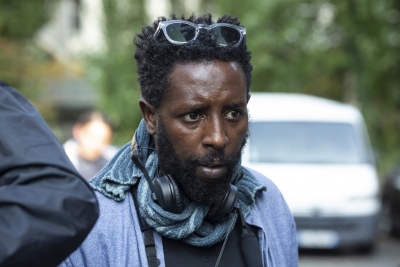 Ladj Ly, a native of Montfermeil, is a filmmaker best known for his attention-grabbing web documentaries on the realities of social and political life. He began his career as an actor, and was a member of the artist collective Kourtrajmé before he went on to direct short films. After the 2005 Paris riots, Ladj was triggered by the death of two youths, Zyed Benna and Bouna Traoré, who were hiding in an electricity substation, and thus filmed 365 DAYS IN CLICHY-MONTFERMEIL (2007). Ladj then directed 365 DAYS IN MALI (2014) and MARAKANIIN MALI (2016). His first feature film, LES MISÉRABLES (2019) was César-nominated and a prize-winner at the Clermont-Ferrand Short Film Festival. A VOIX HAUTE (2019), which he co-directed, also got nominated for a César award.