Synopsis
Filmed in Shatila Regugee Camp in Lebanon, the story begins at an undetermined moment in the future, when the dream of the Palestinian refugees to go back to Palestine becomes reality. The film balances on the thin line between fiction and documentary, between dream and reality. While the families are preparing for their fictional return, it slowly becomes clear that this dream is far removed from daily life in the camp. The actors’ words in articulating the dream of returning to the homeland provides a deeper understanding of what it means to live in exile. 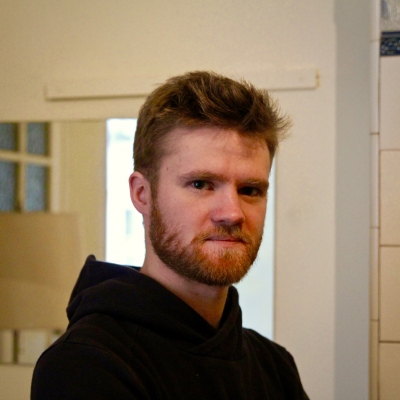 Mathijs Poppe (born in 1990 in Ghent, Belgium) studied at the Youth Initiative Program in Sweden and at the School of Arts in Ghent (KASK). He is also co-founder of Classroom Alive: A 6-month walking school across Europe. The documentaries Mathijs has directed mostly revolved around the relationship between himself and the film’s subjects/characters/actors. Meanwhile, in his latest project, OURS IS A COUNTRY OF WORDS, Mathjis moves beyond while searching for a new relationship between himself and the representation of Palestinian refugees who are mostly displayed as victims within Western media, only as the starting point.