Deep in the earth beneath Arctic permafrost, seeds from all over the world are stored in the Svalbard Global Seed Vault to provide a backup should disaster strike. Wild Relatives starts from an event that has sparked media interest worldwide: in 2012 an international agricultural research center was forced to relocate from Aleppo to Lebanon due to the Syrian Revolution turned war, and began a laborious process of planting their seed collection from the Svalbard back-ups. Following the path of this transaction of seeds between the Arctic and Lebanon, a series of encounters unfold a matrix of human and non-human lives between these two distant spots of the earth. 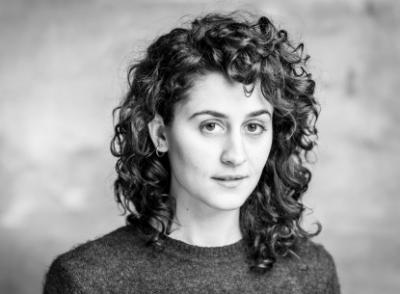 Jumana Manna is a Palestinian artist working primarily with film and sculpture. Her work explores how power is articulated through relationships, often focusing on the body and materiality in relation to narratives of state building, and histories of place. Manna received a BFA from the National Academy of Arts in Oslo and an MA in Aesthetics and Politics from California Institute of the Arts. She has participated in multiple festivals and exhibitions, including the Viennale International Film Festival, BAFICI, IFFR Rotterdam, Tate Modern, Marrakech Biennale 6 and The Nordic Pavilion,

57th Venice Biennale. Her 2015 documentary A Magical Substance Flows Into Me (premiered in Berlinale Forum, 2016) won Films on Art Competition, at the New Horizons International Film Festival, Wroclaw. Manna was awarded the A.M. Qattan Foundation’s Young Palestinian Artist Award in 2012, the Ars Viva Prize for Visual Arts and was nominated for the Preis der Nationalgalerie für junge Kunst in 2017.