Ittetsu Nemoto, a former punk-turned-Buddhist-priest in Japan, has made a career out of helping suicidal people find reasons to live. But this work has come increasingly at the cost of his own family and health, as he refuses to draw lines between those he counsels and himself. The Departure captures Nemoto at a crossroads, when his growing self-destructive tendencies

lead him to confront the same question his patients ask him: what makes life worth living? 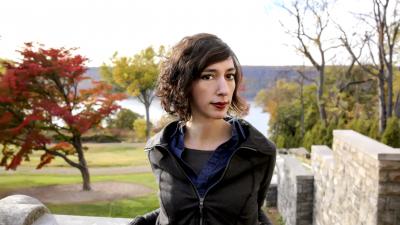 Lana Wilson is an Emmy Award-winning and two-time Spirit Award-nominated director, writer, and producer based in New York. Her first film, After Tiller, premiered at the 2013 Sundance Film Festival. Wilson’s second film, The Departure, premiered in competition at the 2017 Tribeca Film Festival to extraordinary critical acclaim. Previously, Wilson was the Film and Dance Curator at Performa, the New York biennial of new visual art performance. She is a 2017-2018 Women at Sundance Fellow, and currently a Visiting Assistant Professor at Pratt. She holds a BA in Film Studies and Dance from Wesleyan University.