Synopsis
Amira is a bubbly 17-year-old who has grown-up believing she was conceived with the smuggled sperm of her imprisoned father. Her sense of identity is shattered when another attempt to conceive a child with her father’s smuggled sperm reveals he is infertile, rattling her community and turning her family against itself. Amira embarks on a quest to discover her biological father, and salvage what is left of her identity as her world falls apart 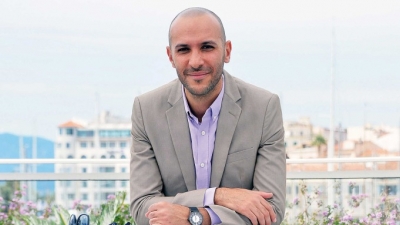 Thriving writer/director, Mohamed Diab, studied Commerce and Business Management. After graduation, Diab worked at one of the international banks in Cairo, but he soon discovered his love for writing. He chose to pursue his passion by studying script writing at the New York Film Academy in 2005. His debut film, (Real Dreams) (2006), was a commercial success. Afterwards, he wrote (The Island) (2007), which made over 20 million EGP in theaters. His directorial debut came with 678, which he also wrote. The film won over 20 international awards and was an unexpected commercial success internationally. In 2014, he wrote the screenplay for the black and white film (Décor) and (The Island 2), which was also a box-office hit. His feature film (Clash) (2016) was Egypt's official submission for the 2017 Academy Awards for Best Foreign-Language Film and opened the Un Certain Regard section of the Cannes Film Festival.