The two-year old Palestinian boy Razi loves to hear the story of “The Monster”. The story is an allegory of the Palestinian problem, but he is too young to comprehend the political association - he just wants to imagine and live through its details over and over again. The narrator has his own film in his head… 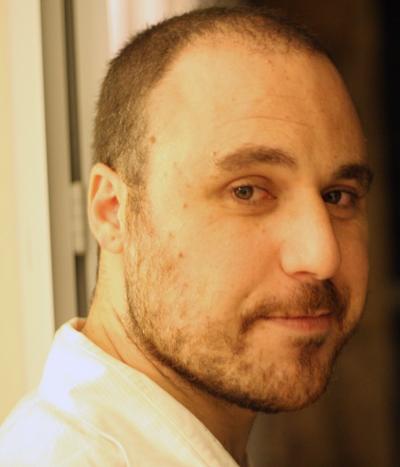 Firas Khoury (b. 1982) is a Palestinian scriptwriter and director. He graduated with a Bachelor of Arts in Cinema. Among his short films are the award-winning Seven Days in Deir Bulus (2007) and Yellow Mums (2010). They were shown in festivals around the world, and also broadcast on TV channels, including ARTE. Alongside his directorial activity, Khoury is committed to disseminating Palestinian films and training young people. Khoury is a founding member of Group Falastinema, which develops film workshops and presents screenings throughout Palestine. His feature-length film The Flag received production grants of the CNC in France, the Doha Film Institute and the

The Arab Fund for Arts and Culture (AFAC), and is due to be filmed in 2018. Firas is now also finalizing a feature film script which was written together with Hany Abu-Assad.