In 2013, an ancient statue of Apollo was found in the waters off Gaza - before disappearing under mysterious circumstances. Is it the work of forgers, or a gift from the gods to a Palestinian people desperately in need of hope? Soon the rumours start to swirl, while behind the scenes local and international players start jostling - some driven by historical preservation and others by purely commercial interests 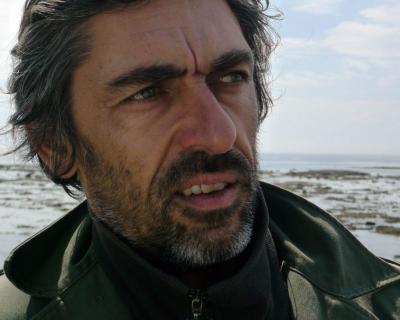 Nicolas Wadimoff is a Swiss-born writer, director and producer who divides his time between Montreal and Geneva. Sensitive to the political situation in the Middle East, Wadimoff has in his career organized a series of documentary workshops for young Palestinian filmmakers. Palestine, Summer 2006, a collection of 13 short films, was co-produced with the Palestinian Filmmakers’ Collective. In 2009, right after the end of the Gaza War, he directed the documentary Aisheen (Still Alive in Gaza). With his latest film, The Apollo of Gaza, Wadimoff returned to Palestine in 2017. It is a region particularly close to his heart - a part of the world whose complex realities he’s borne witness to through many personal projects and collaborations. Among others, he also co-produced last Raed Andoni's film Ghost Hunting.