It’s October 2019, and four young women artists are documenting the uprising in Beirut. They are journalist Hanine, Iraqi camera woman Lujain, and Noel and Michelle, two artist sisters whose often-ironic songs have made them a voice for their generation. The prevailing mood is one of hope and change. But a few months later, Covid-19 has locked down the city, and all optimism seems to have evaporated.

The massive explosion at Beirut’s port, just ten months after the uprising, was still to come. Will the young women be able to hold onto their dreams of building a new Lebanon? 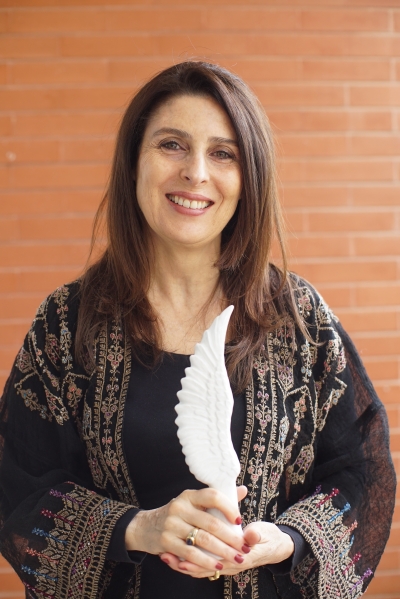 Mai Masri is a Palestinian filmmaker who studied film at San Francisco State University and made several films that were screened worldwide and won over 90 international awards. She founded Nour Productions in 1995 with her late husband, filmmaker Jean Chamoun. Her debut feature film, 3000 Nights (2015) had its world premiere at the Toronto International Film Festival and won over 28 awards. Mai received international acclaim with her documentaries: Under the Rubble (1983), Wildflowers (1986), War Generation – Beirut (1989), Children of Fire (1990), Suspended Dreams (1992), Hanan Ashrawi: A Woman of Her Time (1995), Children of Shatila (1998), Frontiers of Dreams and Fears (2001), Beirut Diaries (2006), 33 Days (2007), and Beirut: Eye of the Storm (2021).