Adam, the son of a fisherman, is offered the ultimate privilege to study at the Al-Azhar University in Cairo, the epicenter of power of Sunni Islam. Shortly after his arrival in Cairo, the university’s highest ranking religious leader, the Grand Imam, suddenly dies and Adam soon becomes a pawn in a ruthless power struggle between Egypt’s religious and political elites. 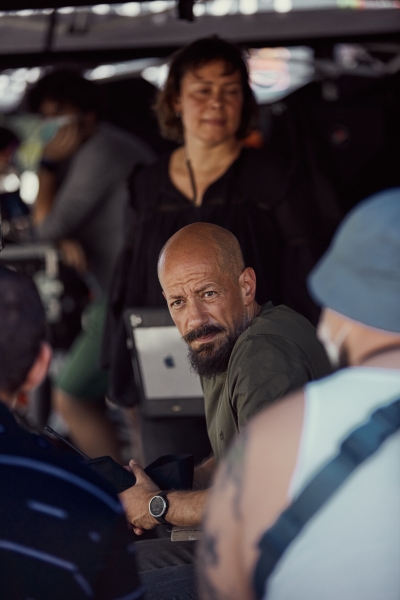 Tarik Saleh started as one of the top graffiti artists in Stockholm in the 80’s. He directed and wrote the screenplay for The Nile Hilton Incident that won ‘The Grand Jury Prize’ at Sundance 2017, received a Guldbagge Award for ‘Best Film’ in 2018, was nominated as ‘Best Foreign Film’ at the César Awards and was a box office hit with more than 400,000 tickets sold in France. He directed action thriller, The Contractor (2022) with staring Chris Pine, Ben Foster and Kiefer Sutherland. Several episodes of the futuristic HBO-series Westworld (2018) and Showtimes-series Ray Donovan. The thriller Tommy (2014) with Ola Rapace, Moa Gammel and singer-songwriter Lykke Li for whom he also directed the music video I Follow Rivers that have about 80 million views on YouTube. His film debut came with Metropia (2009), a dystopic animation with Stellan Skarsgård, Juliette Lewis, Vincent Gallo and Udo Kier. The film premiered at the Venice Film Festival as the opening film for Critics’ Week. Tarik Saleh also directed the documentaries Gitmo: The New Rules of War (2005) and Sacrificio: Who Betrayed Che Guevara (2001) together with Erik Gandini. Tarik Saleh founded the production company Atmo with producer Kristina Åberg.