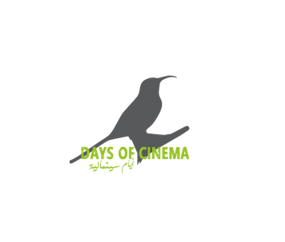 Despite obstacles and movement restrictions Flimlab: Palestine open the Days of Cinema festival at the Ramallah Cultural Palace Saturday, October 15 at 7 pm.

As part of this year’s festival, the famous Cinema Jenin will be showing its last ever films before closing its doors, after decades as one of the largest and most successful in Palestine.
Days of Cinema is joining the efforts to save the cinema from close and possible demolition.

This year the festival attracted more than 80 films from 36 countries, including shorts and feature length.

In addition, 18 films are competing for Palestine’s first ever film award, the Sun Bird. The films are produced by filmmakers between 15-35 years old from Palestine and abroad.

Days of Cinema aims to revive Palestine’s long, but interrupted, tradition of cinema.
The festival puts Palestine on the map of the international film industry and draws attention to Palestinian filmmakers.

Since 2014, FlimLab: Palestine has put on a unique program of renowned international film screenings for adults and children, along with panel discussions, professional film workshops, specialized programs for children, and networking opportunities.

Last year’s festival attracted more than 2000 people, including Palestinian and foreigners. This year, we expect more than 3500 people to attend.

The focus of this year’s festival is Palestinian youth with workshops and classes available kids and students across the West Bank and Gaza.

All screenings and activities are free of charge.

If you have any questions or would like to arrange an interview with one of the filmmakers or organizers, please contact Ms. Khulood Badawi, Spokesperson of Days of Cinema: [email protected]

Days of Cinema is an annual event promoting local and international films, organized by FilmLab: Palestine each October in venues in several Palestinian cities.