Synopsis
Moe, Toutou, and Mostafa are three individuals breaking social norms and flirting with its boundaries; each fighting their own battle. They meet one extraordinary night, which ends up leading them to an unexpected journey inside their city where they see a side of it they had never witnessed before. 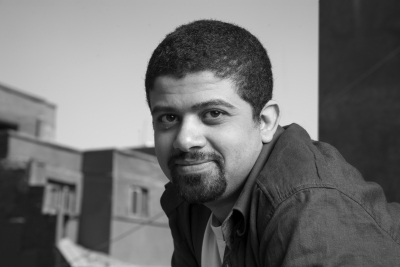 Ahmad Abdalla is an Egyptian Filmmaker. He first studied music in Cairo before he shifted his career to film editing in 2003. HELIOPOLIS (2009), his first feature film, was one of the first independent Egyptian films to be released theatrically in Egypt, followed by MICROPHONE, which Dubai Film Festival selected among the best 100 Arabic films in history. He then wrote and directed RAGS AND TATTERS, followed by DÉCOR. His films were selected at various international festivals and awarded numerous prizes.