Synopsis
A small town in Serbia. Nikola, day laborer and father of two, is ordered to give up his children to social services after poverty and hunger drive his wife to commit a desperate act. Until he can provide adequate conditions for their upbringing, the children will be placed in foster care. Despite Nikola’s best efforts and several appeals, the head of the social services centre refuses to return his children and his situation seems hopeless. But when Nikola discovers the local administration may be corrupt, he decides to travel across Serbia on foot and take his case directly to the national ministry in Belgrade. Against all odds and driven by love and despair, this father refuses to give up on justice and his right to raise his children. 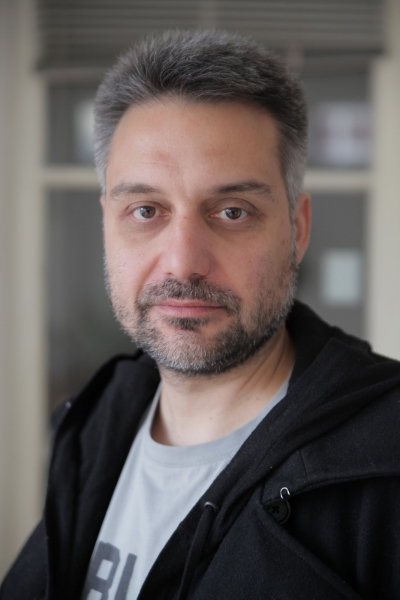 Srdan Golubovic is member of EFA and the President of the Board of Auteur Film Festival, Belgrade.  He works as professor of Film Directing at the Faculty of Dramatic Arts in Belgrade. His first feature, Absolute Hundred, was screened in Toronto, San Sebastian, Rotterdam, Pusan and won numerous international awards. In 2007, Srdan's second  feature, The Trap, had its World Premiere in Berlinale. The film participated in more than 50 international festivals (including Toronto and Karlovy Vary), won 21 international awards and was shortlisted for the Oscar Competition. Circles, his third feature, had its World Premiere in 2013 at Sundance Film Festival and won the Special Jury Prize. In total, the film was screened in more than 80 international festivals and won 45 awards.