Synopsis
Through the streets of the city that are void of all but its ghosts, Ahmed is lost and depleted of faith. Tonight, he must save a girl he does not know by getting her enough money to afford an abortion. Ahmed is swallowed into the madness of the city as he embarks on a surreal journey where he finds himself involved with an eccentric group of young people, led by an enigmatic young woman who is trying to uncover the mystery behind the Giraffe hidden at the zoo. 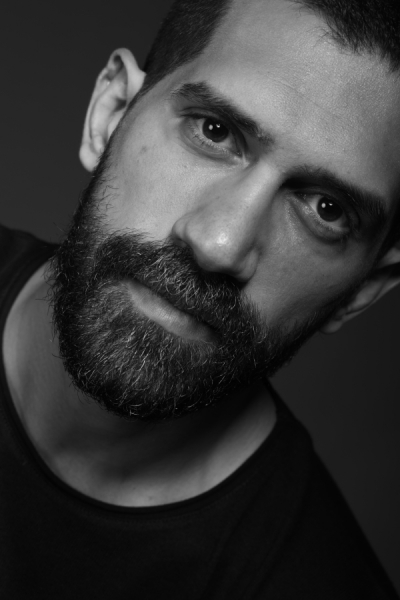 Ahmed Magdy (born in 1986 in Cairo) is a filmmaker, actor, and yoga instructor. He graduated from the Faculty of Law at Ain Shams University, then joined the Al-Tamy Theater Troupe as assistant director and actor. RIVERBED (2007) was his debut short documentary film, after which he directed ZIZO (2007), the internationally-acclaimed CREAM CAKE (2008) and TO THE SEA, which screened at the Abu Dhabi Film Festival where he later served as a jury member. His debut feature film, NO ONE THERE, received the Sanad and AFAC grants. In acting, Magdy has had a celebrated career in prominent films and TV series including BIRD OF THE NILE, MICROPHONE, THE GATE OF DEPARTURE; ALI, THE GOAT AND IBRAHIM; and MAWLANA.