Chronicles of everyday life in Iraq before and after the U.S. invasion. For several months, the director filmed a group of Iraqis, mostly members of his family, in their expectation of the war. The first part of the film ends with the start of U.S. strikes on Baghdad. The second part shows the consequences of the American invasion. 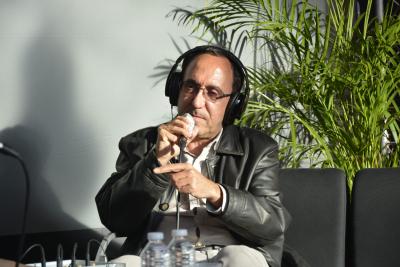 Abbas Fahdel is a Franco-Iraqi director, scriptwriter and film critic. Based in France since he was 18 years old, he completed his PhD in cinema at the Sorbonne in Paris. He returned to Iraq in 2002, shooting his film Retour à Babylone. His first fictional film, L’Aube du monde, was shot in Egypt in 2008 with acclaimed actors hafsia Herzi and Hiam Abbass. He returned to documentary film in 2015 with his monumental work Homeland: Iraq Year Zero.