The last of a trilogy portraying three women from Syria, Tunisia, and Lebanon, The Little Lantern tells the story of Anni Høver Kanafani - an 87-year-old Danish woman, who moved to Lebanon in the 1960s for the love of the Palestinian writer Ghassan Kanafani. Following the death of her husband, Anni Kanafani pursued his dream of justice and integration, continuing to live and work in Palestinian camps, creating kindergartens dedicated to education and childcare. The film is titled after a fairy tale that Ghassan Kanafani had written for his niece Lamis, which is a metaphorical narration of the development of a bottom-up democracy that can break down the barriers of refugee camps and overcome indifference through engagement and culture. The narrative frame of the film consists of a laboratory, conceived and coordinated by the film director, in the kindergarten created by Anni Kanafani in the Burj el Barajneh refugee camp. It ends with the staging of the theatrical adaptation of Ghassan Kanafani’s fairy tale in two theatres in Beirut. The documentary style and that of the fictional story alternate, as do the two narrative temporalities, that of a painful past and present, where pain finds its meaning.

Arabic and English with English subtitles

Partially adapted from The Little Lantern by Ghassan Kanafani

Awards: The Italian Council Production Award (2018), awarded by the Italian Ministry of Culture. 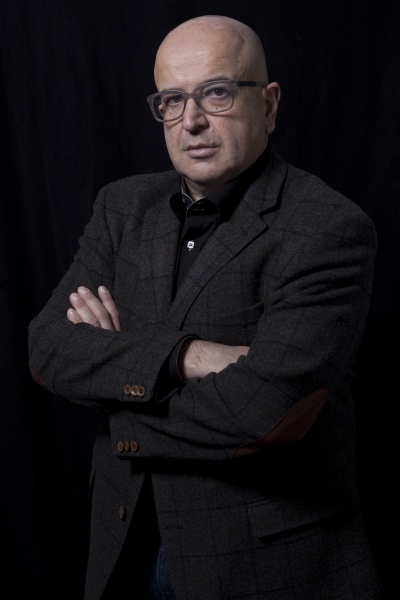 Mario Rizzi (Italy, 1962) is an artist and filmmaker based in Berlin. Over the last 25 years, his films and photographs have mainly focused on the Middle East and the topic of migration. His works have been exhibited at art institutions and film festivals, including Berlinische Galerie, Berlin; Pecci Contemporary Art Center, Prato; Badischer Kunstverein, Karlsruhe; MAXXI Museum, Rome; MoMA PS1, New York; Van Abbemuseum, Eindhoven; Tate Modern, London; MART Museum, Rovereto; Manifesta, Helsinki; EVA; Taipei, Göteborg, Istanbul, Sharjah, and Sydney Biennials of Contemporary Art. His films were selected by Festival Ciné-Palestine, Paris (2022), Berlin Film Festival (2008 and 2013), Ankara Film Festival (2015 and 2016) and Dubai Film Festival (2013). In 2018, Rizzi won the Italian Council Award after being nominated by five international art institutions; in 2005, he won the Best Artist Prize at the Sharjah Biennial of Contemporary Art; in 2002, he participated in the Internationales Atelierprogramm Kuenstlerhaus Bethanien in Berlin. His work is shown in public collections, including the MAXXI Museum in Rome and the Museum of Modern Art (MoMA) in New York.