Little Wars tells the story of Lebanon’s civil war in 1975 through three characters. Talal, son of a Feudal lord, returns to his region after the disappearance of his father to become a warlord himself. Soraya is in love with Talal and tries to help him by abducting a businessman. Finally, Nabil, a photojournalist who uses the war to trade drugs and tries to pose as a hero, is in fact very far from being one. Little stories happening during little wars. 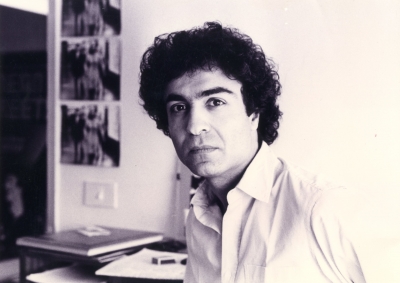 Maroun Bagdadi was arguably Lebanon's most prominent filmmaker, one whose work has been seen all over the world. One of his best-known films, Houroub Saghira (Little Wars), was shown at the 1982 Cannes Film Festival, drawing this comment from a prominent film critic: “To make a film about Beirut that eschews polemics for more universal, more human issues is an achievement.” His first Lebanese production was for television, an educational program called 7½. In 1975, he directed his first feature film, Beyrouth Ya Beyrouth. Koullouna Lil Watan, a 75-minute documentary produced in 1979, won the Jury Honor Prize at the International Leipzig Festival Documentary and Animated Film. Bagdadi died on December 10, 1993, aged 43, allegedly after an accidental fall down an elevator shaft at his home in Beirut. He was survived by his wife, Soraya, whose acting career continues as of 2017, and their three children.