Gilles Caron was at the height of his career as a brilliant photojournalist when he went missing in Cambodia in 1970. He was just 30 years old. Through his iconic photographs, and the gaps between them, this film, constructed like an investigation, aims to restore the photographer’s presence, recount the story of his gaze, and how he managed to cover every high-profile conflict of his day in such a short period of time. 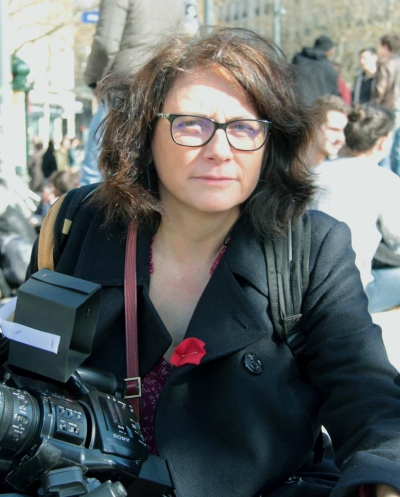 Born into a family of artists, she is the daughter of painters Clotilde Vautier and Antonio Otero, and the sister of the actress Isabel Otero. Mariana Otero studied cinema at the Institut des Hautes Etudes Cinématographiques. Her films have won numerous awards most notably Best Documentary in Lisbon in 1994 for La Loi du Collège, and in Valladolid in 2003 for History of a Secret, a film about the disappearance of her mother. Into Our Own Hands is her sixth documentary.