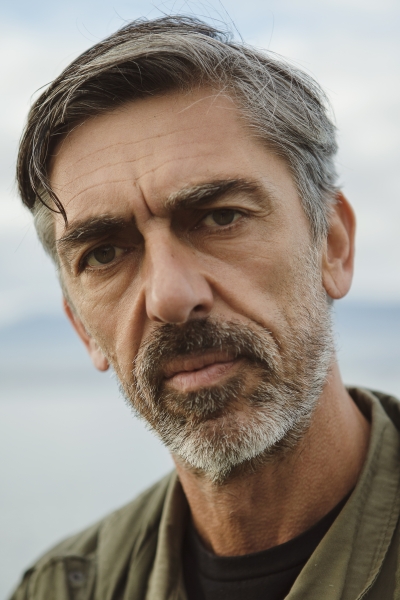 Born in 1964 in Geneva, Switzerland, Nicolas Wadimoff presented his first film, Le Bol, in 1991 at Locarno, as well as his first feature, The Golden Gloves of Akka, in 1992. He also directed the feature film, Clandestins, in 1997, which won numerous awards worldwide. Since then, he has been working both as a director and producer with his company - Akka Films. Since then, Akka Films has been part of various Palestinian films (among them 5 Minutes from Home by Nahed Awwad, Fix Me and Ghost Hunting by Raed Andoni, and A Thousand Fires by Saeed Taji Farouky). He organized the workshop “Swiss-Palestinian Encounters” in 2004 and later coproduced the collection of short films, “Summer 2006, Palestine”, in collaboration with the Palestinian Filmmakers’ Collective. In 2010, Aisheen was awarded at the Berlinale. In 2012, Operation Libertad was selected for the Directors' Fortnight in Cannes. In 2015, he won the prestigious Solothurn Prize for his documentary Spartans. In 2016, he presented Jean Ziegler, the Optimism of the Will in its world premiere at the Locarno Film Festival. In 2018, The Apollo of Gaza opened at the Locarno Critics' Week. He is now working on his next feature which will be shot in Marseille in 2023. Since September 2019, he has been head of the Cinema Department at HEAD-Geneva.