In a city with 15-hour power cuts, hundreds of people risk their lives to steal electricity. With the first female chief of the electricity company vowing to eliminate all illegal connections, the lines are drawn for a battle over electricity. 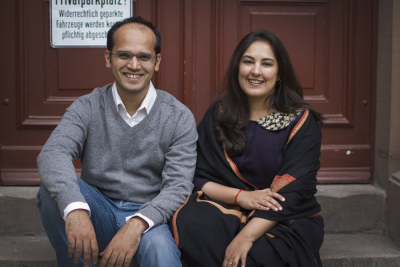 Fahad Mustafa is a Pakistani film and television actor, producer and host, known for his hosting in game show: Jeeto Pakistan, being aired on ARY DigitalFahad Mustafa: Fahad was born in Chamanganj, Kanpur , grew up in Saudi Arabia and has been educated in Delhi and Vienna. He holds degrees in History and Global Studies. His first project was FC Chechnya (2010).

Deepti Kakkar: Born in Delhi, Deepti has been engaged in issues of social development sustainable livelihood for the last 10 years. She has previously directed a film on microfinance in India, and worked on story-development and as production manager on FC Chechnya. Deepti lives in Ghaziabad, India.