A group of young Palestinians fights at the gates of the Negev desert against the Israeli military occupation. "Youth of Sumud [steadfastness]" try to return to their people the land taken from their families, restructuring the ancient cave village of Sarura. They face aggression with their nonviolent actions, defending themselves against rifles with their own cameras; they oppose desolation and death with hope and life. Ten years after their first documentary on the nonviolent struggle in the West Bank, the directors return to the village of At-Tuwani to tell how the children portrayed in the film have grown up in the meantime, using archive material of more than 15 years. 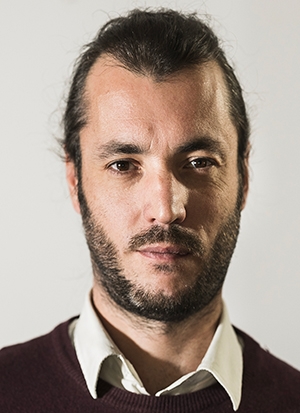 Nicola Zambelli is an Italian filmmaker and author of film documentaries, reportages, and art videos. He is among the founders of the film production company SMK Factory and the cultural association SMK Videofactory, creators of the independent film distribution portal Openddb.it, based on the idea of open culture as per the open-source guidelines. He conducts educational projects in schools thanks to which he won first prize in 2019 and a special mention at the International Audiovisual Awards during the days of the 76th Venice International Film Festival. In May 2020, he won a special mention at the EVA – Excellence in Visual Anthropology Awards awarded by Ethnocineca of Vienna for the film Cracks and the Best Performance prize given by the New York Nil Gallery. Between November 2020 and January 2021, he produced his first personal multimedia exhibition, What makes us weaker, makes us closer, around the themes of pandemic and civil solidarity during the first Covid-19 lockdown. His last documentary film, Sarura – the future is an unknown place, was selected in 2020 at the Impact Days of the FIFDH, the Human Rights Festival in Geneva, and at the Industry Days of the Milan Festival Visioni Dal Mondo.