Synopsis
After fifteen years of imprisonment, Ziad struggles to adjust to modern Palestinian life as the hero everyone hails him to be. Unable to distinguish reality from hallucination, he unravels and forces himself to go back to where it all began. 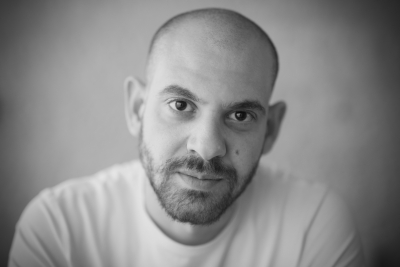 Bassam Jarbawi began working as a photographer during the second Palestinian Intifada. His photographs produced several exhibits and his first documentary, FREQUENCY (2004). He completed his B.A. in Communication and Political Science at Macalester College, and earned his M.F.A. in Screenwriting and Directing at Columbia University in New York. His short film, CHICKEN HEADS, premiered at New York Film Festival, screened at Sundance Film Festival, and won Best Film at the Columbia University Film Festival, Sonoma Film Festival, and Dubai International Film Festival, to name a few. His first feature, SCREWDRIVER, was part of the Rawi Screenwriters’ Lab (2011), Dubai Film Connection through the support of Rawi and the Sundance Institute.