Synopsis
In the fifties, young Alice leaves her natal Swiss mountains for the sunny and vibrant shores of Beirut. She falls madly in love with Joseph, a quirky astrophysicist determined to send the first Lebanese national into space. Alice quickly fits in among his relatives, but after years of delight, the civil war threatens their garden of Eden. 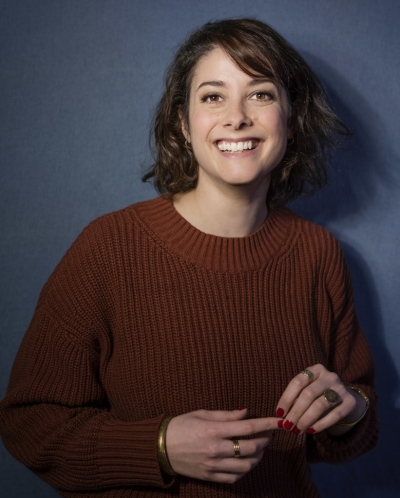 Chloé Mazlo is a French-Lebanese filmmaker living in Paris. After studying graphic design at the Ecole Supérieure des Arts Décoratifs in Strasbourg, she specialised in making animated films combining different techniques. Her short films have been selected in numerous international festivals and have won several awards. In 2020, she directed her first feature film, Skies of Lebanon, which was selected for the Critics' Week in Cannes.