Synopsis
Ben and Saoirse live with their father high up in a lighthouse on a small island. To protect them from the dangers of the sea, their grandmother takes them to live in the city. Ben then discovers that his younger sister is a selkie, a sea fairy whose song can free magical creatures from the spell cast on them by the Owl Witch. During their fantastic journey, Ben and Saoirse must cope with fear and danger, and fight the witch so as to help the fairies get back their power. 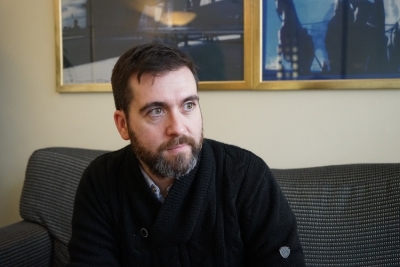 Thomas "Tomm" Moore was born 7 January 1977 in Ireland. He is a filmmaker, animator, illustrator and comics artist. He co-founded Cartoon Saloon with Nora Twomey and Paul Young, an animation studio and production company based in Kilkenny, Ireland. His first three feature films, The Secret of Kells (2009), co-directed with Nora Twomey, Song of the Sea (2014) and Wolfwalkers (2020), co-directed with Ross Stewart, have received critical acclaim and were all nominated for the Academy Award for Best Animated Feature.