Summer 2021, in Damascus city, some emerging young directors roam the city's streets to follow their dreams and shoot their first movies with the simplest available tools. The city opens up its arms and embraces them day and night with its streets, neighborhoods, and buildings. 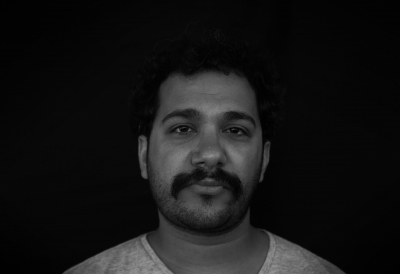 Born in 1987, Anas Zawahri is a Palestinian filmmaker who lives in Syria. He graduated in 2009 in interior design from Damascus Intermediate Institute (DTC). He participated in many workshops about cinema and has created many experimental works and video-art. He volunteered to translate many rare classical films into Arabic, and has so far translated 150. Anas works as an editor and content creator in the field of cinema for many online platforms and as a video editor and graphic designer. His first film, An Ordinary Day, is a short fiction made in 2020; it was produced by the National Cinema Organization in Syria and won and participated in many Arabic and international film festivals. His second film, Summer, City and a Camera, a short documentary made in 2022, was produced by Stories Film for The Lab Project.