Synopsis
We are taken behind the scenes of a play in-the-making: The play is Samuel Beckett's WAITING FOR GODOT—starring a group of young Palestinians. One by one, we are introduced to a variety of characters: the play’s director, actors, and other ordinary people. As we delve further into each of their lives, the film reveals the startling parallels between the themes of the play and their own. Everyone is waiting for something: a permit to build a house, better work conditions, a starring role in a film. Much like Waiting for Godot, our heroes are awaiting Faraj Allah... something that may or may not come. 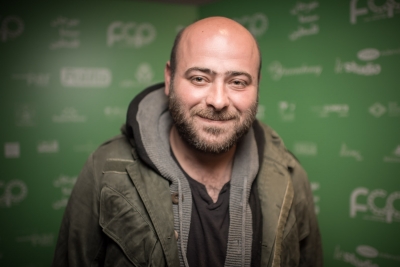 Nidal Badarny (born in 1984) is a Palestinian director and comedian. He founded and co-founded some of the important film and theatre initiatives, some of which depended solely on community support, namely El Manshar, which became particularly significant among the Palestinian minority inside the 1948 territories. In 2019, he co-founded the Haifa-Based Salimi Productions. Nidal directed a number of films, including 30 OF MARCH (2013), VILLAGERS (2017) and WAITING For FARAJALLAH (2019).