“I have one question in mind: Who created this wall, and how can we break it?" Samih, one of the four youth in the film, describes this wall as if it is a hidden force that is controlling our lives. Pink Floyd inspires these youth to create a film that describes their lives, pain, and stories. They hope to deliver this film one day to Roger Waters and invite him to hold a concert in their camp. To them, this film is a first step in breaking the big wall surrounding them. 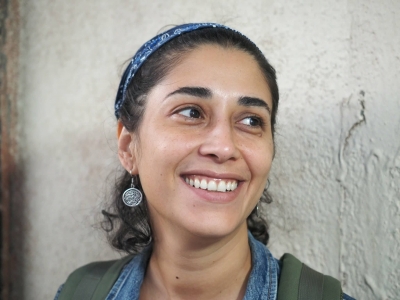 Mira Sidawi is a Palestinian artist that was born in Bourj Barajni camp inside Beirut. She studied theatre and played a role in different films and plays in Beirut. She is also a writer and has participated in several creative writing workshops in the camp. She wrote short stories in some newspapers and books and was chosen to participate in a reading funded by the Goethe Institute, which took place in a number of German cities. She is currently working on her novel (Tell Sleep to Sleep) and hopes to adapt it into a film. Her novel was funded by Mophradat, as part of its program that supports writers in the Arab world.