Synopsis
Two Palestinian families, Rafa and Abu-Ghaida, have lived in the same house on 36 Abbas Street in Haifa. It is the present for the Rafa family and the past for the Abu-Ghaida family. The film documents Nidal Rafa’s search for the house’s original owners, and Dina Abu Ghaida’s efforts to return and retrieve part of her family home. 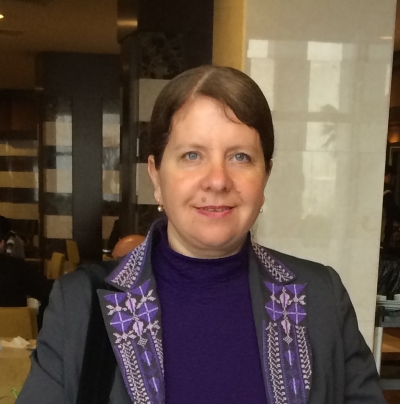 Marwa Jbara-Tibi (1969, Taybeh, Palestine) is a Palestinian journalist and filmmaker. She has ample experience in production and has worked for several media outlets including CNN, the Canadian TV Middle East Bureau (CTV), and the Canadian Broadcasting Corporation (CBC). She is Founder and General Manager of Zainab Productions and was General Manager of the local Transmedia Production Company. Marwa has also had research contributions, particularly on issues related to human rights. Her films, including ABBAS 36, have gained prominence and were broadcast on Al Jazeera.

Nidal Rafa is a Palestinian journalist from Haifa. She has worked with international media, such as CNN and France 24. She has a postgraduate degree in international relations, and has also studied at Haifa University. Nidal is an active participant in Palestinian political life. Nidal is a board member for several organisations such as Adalah and Al Siwar in Haifa. She is the Co-Director of the Documentary ''ABBAS 36''.