As the war in Eastern Ukraine takes a heavy toll on poor families living near the frontline, a small group of strong-willed social workers work tirelessly in a special kind of orphanage to create an almost magical safe space for kids, while the state authorities and courts decide the fate of children and families.  Filmmaker Simon Lereng Wilmont returns with a follow-up to his acclaimed first feature, The Distant Barking of Dogs, a poignant and deeply intimate portrait, offering a unique look into how the long-term consequences of war on a society already under strain impacts the most vulnerable.

Ukrainian and Russian with Arabic subtitles 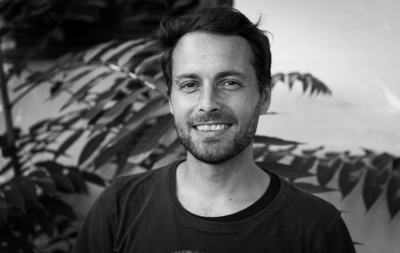 Born in Copenhagen, Denmark. Simon holds a BA in Japanese, with modules in film and visual anthropology. He studied documentary film directing at The National Film School of Denmark, graduating in 2009. His films are mostly focused on children and young people, and all tell the stories of his young protagonists with great intimacy and sensibility. In 2017, his first feature documentary, The Distant Barking of Dogs, premiered at IDFA, which won several awards worldwide and received high critical acclaim. In 2022, he directed A House Made of Splinters, which won the Best Directing Award at Sundance.