Synopsis
In Berlin’s immigration waiting rooms and within the rows of wooden seats nailed to the ground await the people who are arriving from the seas. Here they wait. This short film questions the meaning of life within a system where humanity is reduced to a number and the value of one’s future is measured by applications within grey hallways. How do the origins of our being diverge from the future of how we are defined? What have we become from our point of origin until today’s chaos of bureaucratic mazes? It’s a long way from Amphioxus, we all came from there. 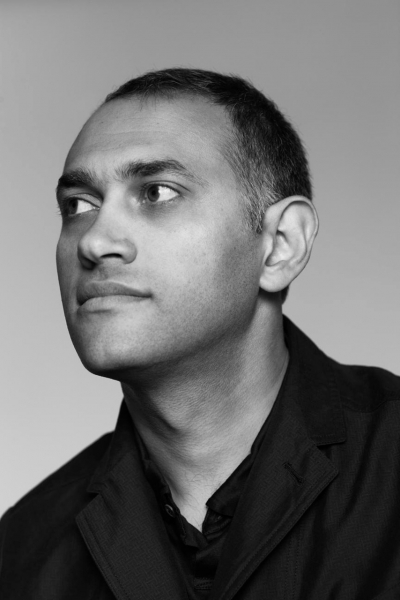 Kamal Aljafari is an established director whose filmography includes RECOLLECTION (2015), PORT OF MEMORY (2009), and THE ROOF (2006). His films won prizes and art grants and screened at numerous festivals including Locarno, Toronto, Rotterdam, Fidmarseille. His work was also showcased at museums such as Tate Modern and MoMa, and at the Lussas Film Festival and the Cinémathèque Québécoise. Kamal taught film at The New School (NYC) and the German Film and TV Academy in Berlin, where he also headed the directing program. He was a featured artist at the Robert Flaherty Film Seminar, was a Whitney Fellow at Harvard’s FSC-Radcliffe, and a jury member in the Torino Film Festival.