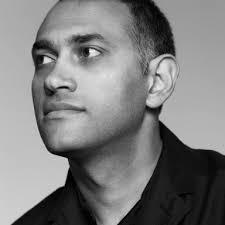 Kamal Aljafari is a film director. His filmography includes Recollection (2015), Port of Memory (2009) and The Roof (2006). Aljafari’s films have been screened in numerous film festivals including Locarno, Toronto and Rotterdam as well as museums including Tate Modern and MoMA. He was a featured artist at the Robert Flaherty Film Seminar and the Benjamin White Whitney Fellow at Harvard University. He taught film at The New School in New York City, and was a senior lecturer and head of the directing program for the German Film and Television Academy (DFFB) in Berlin. In 2016, a retrospective on his work took place at Lussas Film Festival in France and at the Cinémathèque Québécoise in Montreal