Synopsis
In the cosmopolitan Turkish city of Izmir, thousands of Syrians fleeing Assad, ISIS, and the proxy forces lined up behind them bide their time, waiting to cross the Aegean Sea. On the soundtrack, voices from a previous war. 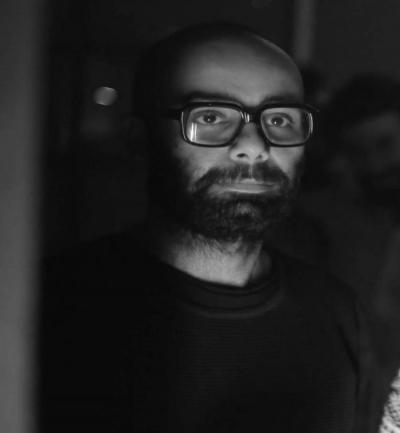 Biography
Born in Taybeh, South Lebanon, in 1984, he now lives in Beirut. He studied film and theater at the Lebanese University fine arts department. Since 2007 he has worked as cinematographer, editor and director on numerous experimental, documentary and fiction short films as well as on TV productions, including Anton Vidokle’s films The Fall of Artists’ Republic, The Communist Revolution Was Caused By The Sun, and Immortality and Resurrection for All!. Now: End of Season is his debut film as a director. His work has been shown at venues around the world.