Synopsis
A run-down construction machine factory in Mexico City: MaquinariaPanamericana. The employees are happily winding down for the weekend, until a shocking event breaks their routine: their beloved boss is found dead. This discovery leads to further ones: the company is bankrupt, the workforces have no prospects of employment elsewhere and no hope for any retirement funds. In a state of confusion, fear and grief they decide to hide his death and lock themselves in their dusty workplace to play out an improbable solution. 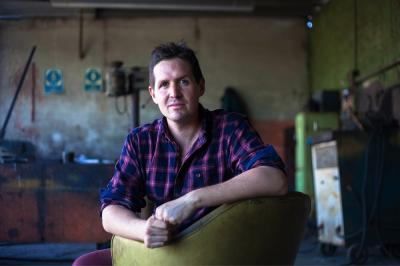 Biography
Joaquín del Paso was born in Mexico City. He completed courses in Film Directing and Scriptwriting at the International Film School in Cuba (EICTV). Afterwards he moved to Poland to study at the Polish National Film School in Lodz, from which he graduated with a Master's degree in Arts. Joaquín now lives in Mexico City, he is the co-founder of AMONDO FILMS. His other passions are still photography, painting and music. He works as a cinematographer for both, fiction and documentary films and has received awards and nominations for his work behind the camera.