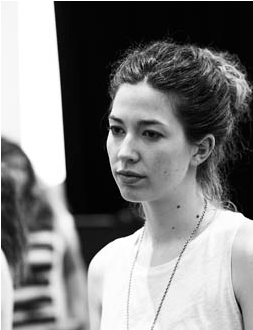 Caitlin Mcleod has worked for over a decade as a theater director at leading institutions, including the Signature Theatre (New York), the Orange Tree, the Yard, the Almeida and Shakespeare’s Globe (London). In 2016, she received a Sky Arts Scholarship to found her new-writing company, The Coterie, which develops multi-disciplinary performance projects with women at the core. Her work straddles all genres but most often dark comedy and sci-fi. This year, her short film PLANTLIFE was a finalist in the London LIFT-OFF Festival and has been selected for the UNDERWIRE Festival in September 2019.