Synopsis
A young Armenian bride's relationship with her husband is put to the test on their first day of marriage when her mother-in-law interferes. 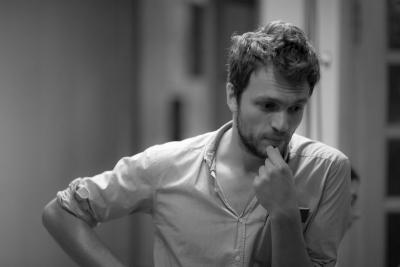 Biography
George Sikharulidze was born and raised in Tbilisi, Republic of Georgia. George graduated summa cum laude earning a B.S. in Media Studies and enrolled into the Master of Fine Arts in Film Directing program at Columbia University, where he directed and produced his first short film The Fish that Drowned, which premiered at the Clermont-Ferrand International Short Film Festival. His second short Red Apples won the Best Film Award at the Columbia University Film Festival, as well as the National Board of Review Student Grant. Red Apples premiered as part of the official selection at the Toronto International Film Festival 2016. It won the Grand Jury Award at Florida Film Festival, qualifying for the 2018 Oscar race.