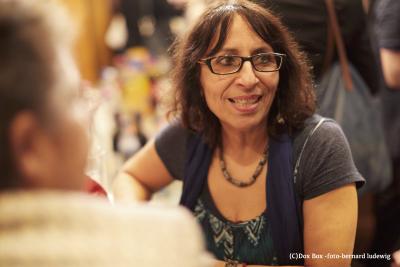 Viola Shafik, Dr. phil., is a film scholar, curator and filmmaker. She is currently working at the Ludwig Maximillian University in Munich, researching dissidence, subjectivity and revolution in Arabic documentary film. She is also a Berlinale delegate for the Arab world. Her monographs include "Arab Cinema: History and Cultural Identity" and "Popular Egyptian Cinema: Gender, Class and Nation". She has been a selection committee member of the al-Rawi Screenwriters Lab, the Doha Film Institute and the World Cinema Fund (Berlinale). Her directing work includes, among others, Ali in Paradise / My Name is not Ali (2011) and Arij - Scent of Revolution (2014).