In her directorial debut, Mary Jirmanus Saba deals with a forgotten revolution, saving from oblivion bloodily suppressed strikes at Lebanese tobacco and chocolate factories. These events from the 1970s, which held the promise of a popular revolution and, with it, of women's emancipation were erased from collective memory by the country’s civil wars. Rich in archival footage from Lebanon’s militant cinema tradition, the film reconstructs the spirit of that revolt, asking of the past how we might transform the present. (Malgorzata Sadowska) 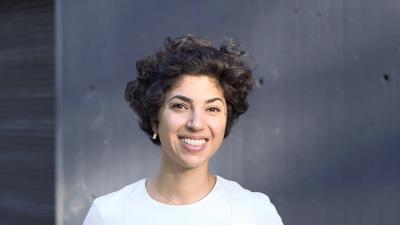 Mary Jirmanus Saba is a geographer who uses film and other media to explore the histories of labor movement in the Arab world and its connections to Latin America, internationalism, and the possibilities for new transformative projects. From 2006-2008, she produced the weekly community broadcast television program, Via Comunidad with collective Vientos del Sur in Ibarra, Ecuador. She holds a B.A. in Social Studies from Harvard College, and an M.A. in Geography from the University of California, Berkeley. She is a member of co-operative/ ةينواعت . Her feature debut A

Feeling Greater Than Love won the FIPRESCI Critics Prize at the 2017 Berlinale Forum.