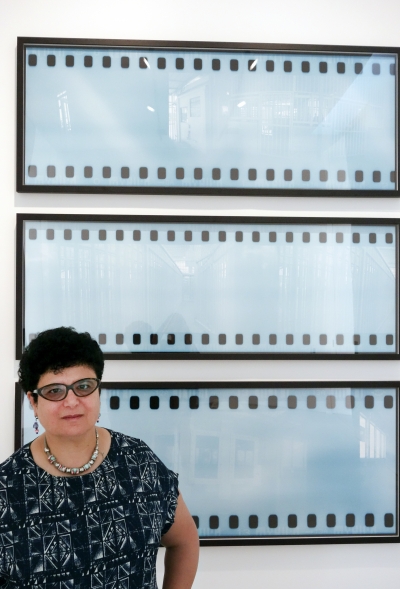 Rula Halawani holds a Bachelor of Arts degree in Advanced Photography from the University of Saskatchewan in Canada (1989); and a Master of Arts degree in photographic studies from the University of Westminster, London (2001). Halawani is based in Jerusalem, where, in addition to her artistic practice, she was the founding director and an associate professor of the Photography program at Birzeit University.

Halawani’s photographs are housed in the international collections of the Centre Georges Pompidou, Paris; Nadour Collection, Germany; Victoria & Albert Museum, London; The British Museum; London, The Khalid Shoman Foundation, Amman; and the Museum of Fine Arts, Houston, among others. “Palestine” (2008), the artist’s first monograph, was published by La Lettre Volée, Brussels in conjunction with her mid career retrospective at the Botanique Museum. In 2016, Halawani received a residency fellowship at the Camargo Foundation in Cassis, France, and was awarded the 2021 Sheikh Saoud Al Thani Project Award.